I recently found this bottle buried in a paddock. It has inscribed "P M Wells - Goolwa". Finds such as these lead to the desire for information about the person and learn a little of their life.

The following is a fascinating account of the life of this generous, intelligent man and his contribution to life in Goolwa. Thanks to the Alexandrina Local History site [research - Dawn Juers]:

Percy Middleton Wells was born on 14 September 1878, the second son of Clement and Sarah Ann (nee Middleton) of Currie St, Adelaide. He had two brothers Clement and John, and a sister Elsie.

Corporal Wells who had initially joined the Medical Staff Corps of the South Australian Military Forces in 1899, sailed to Durban, South Africa, as part of the 6th SA Contingent to fight in the Boer War two years later, in April 1901.

Percy sustained substantial injuries being wounded seven times and invalided back to Australia in November of the same year. He was a tall man of erect stature but he had a notably uneven walk and nodding twitch of his head as a result of his war wounds.

He continued studies at the University of Adelaide, the School of Mines, as well as the Pharmaceutical Society, to qualify as a pharmacist. He was a believer in “natural medicine” which, it is said, caused annoyance with some doctors. In 1906 Percy was a junior dispenser at the Royal Adelaide Hospital.

Wells’ Dandruff Cure which he advertised from his premises at the corner of Grote & Morphett Streets, Adelaide, in 1912, was said to restore grey & faded hair to it’s natural colour, and cause the hair to grow on bald spots – 2 shillings a bottle!!

On 1st May 1913 at St Luke’s Anglican Church, Adelaide, he married Marion Elizabeth LINDSCHAU the daughter of Nicholas. Percy was 34 and Marion 28.

The following year their first child, a daughter Elsie, was born, followed by her sister Marjorie 5 years later.

Percy obtained his degrees as an optician and chemist and consulted on the corner of Morphett and Grote Streets, Adelaide, before coming to Goolwa in 1921. He had an interest in land in the town ten years before that.

Dora Tuckwell in her oral history said Percy had medical and dental equipment for sale in his shop in Cadell Street, Goolwa. Besides being a certified optician and qualified chemist, PM Wells was an ironmonger and seedsman, being an agent for Brunnings Seeds and Tasmanian Seed Co.
He was a member of the RSL from 1920-1947 and appointed a Justice of the Peace in June 1930.

Percy was a keen photographer and author of ‘Goolwa - The New Orleans of Australia’ a pictorial book of 22 scenes around Goolwa. This booklet, undated, was produced for the “Back to Goolwa” Carnival in March 1929. The publication was well supported by the businessmen of the day. The adverts have historically recorded the commercial activities of the day.
He also produced postcards of the area and was known to have taken photographs of operations at the Royal Adelaide Hospital.

In 1928-29 Percy was appointed Mayor of the Goolwa & Pt Elliot Council. He became frustrated with Council for not building a proper cinema, so in 1929 he built and paid for the Centenary Hall to screen films. This hall, so named, because it was the year of the centenary of Capt Charles Sturt’s journey down the Murray-Darling system – not, as some people believe the centenary of the Proclamation of SA!

Syd Smith’s father supplied the limestone for the hall and Percy paid each workman cash.

After Percy’s death, Centenary Hall was purchased from Mrs Wells by the Corinthian Lodge, who later donated it to the Council.

Not only did Percy build the hall, but he also imported a Fotoplayer*, an American music machine. This machine, the only one of its type was a combination of piano, drums, whistles, cymbals and sound effects. The silent movie era came to an end in 1930, and as the instrument was never linked to its blower - it had never been used for its original purpose! The music machine remained in the hall until the early 1960’s, when it was sold and eventually acquired by the Powerhouse Museum in Sydney.

His 1924 Dodge motorised caravan stored in his back yard, was built by ‘Pop’ Kaesler, of Nuriootpa, and now recognised as the first of it’s kind in Australia.
Easter 1929, when ‘Pop’ visited Goolwa in his mobile home, Mayor Percy Wells instantly wanted it and paid cash on the spot. On his death the caravan was donated to the local council and is now owned by the Goolwa National Trust History Centre and Museum.

Dora Tuckwell, in her oral history, remembers she and Percy’s daughter ‘Bub,’ using it as a playhouse. Percy and Marion’s home at 184 Liverpool Road, Goolwa, backed onto Wells Road, aptly named after Percy. Mr & Mrs Wells moved to Adelaide about 1956.
Wells died 3 May 1959 at Wayville. His and his wife’s ashes are interred at Centennial Park Cemetery.

Percy was a man who wanted to do things for the town, and it seems a pity that he wasn’t more appreciated.

Joyce Ross Hi Sally, I have to confess that I remember Mr & Mrs Wells and their fascinating shop. It was such a draw-card to children. I had no idea there was such an interesting story about Percy. I think I did know about the Centenary Hall, but didn't realize that it had changed hands. Like the Goolwa Institute, the Centenary Hall was where all the entertainment happened during my childhood and teenage years.

I do wish you could have seen Mr Wells shop, it was full of weird and wonderful things.

Lauren Smith Great find! A few notes though -
Percy and Marion are both now interred at Currency Creek Cemetery. Their sites at Centennial Park were to be reclaimed back in 2011, so my family and the RSL had it organised that they be reinstated in our Council Area to ensure their longevity.
They also had a son, Clement.
Their daughter, Elsie, married a Grundy (George Joseph 1906-1984), which may be how the bottle ended up on the island.
edit. p.s. Although it's always referred to as being Percy's Hall, a rather big kudos should also go to his wife. Back when lands titles were free to access through SAILIS, I discovered that the hall was actually built on land owned by Marion, not Percy.
Eric Ross Smith, the father of the aforementioned Syd, is my Great Great Uncle. 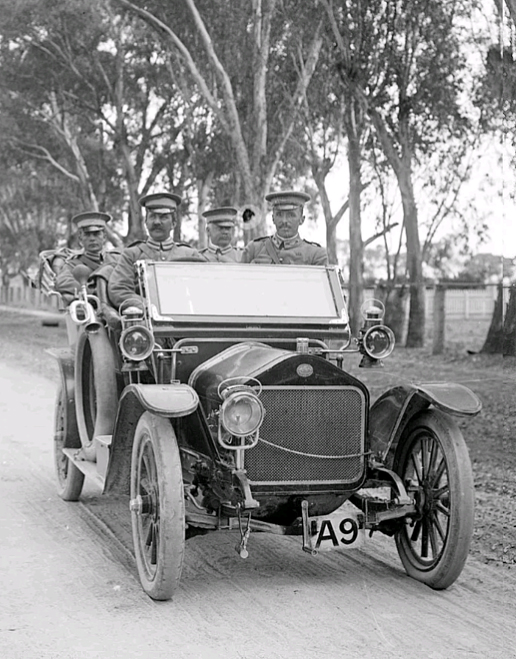 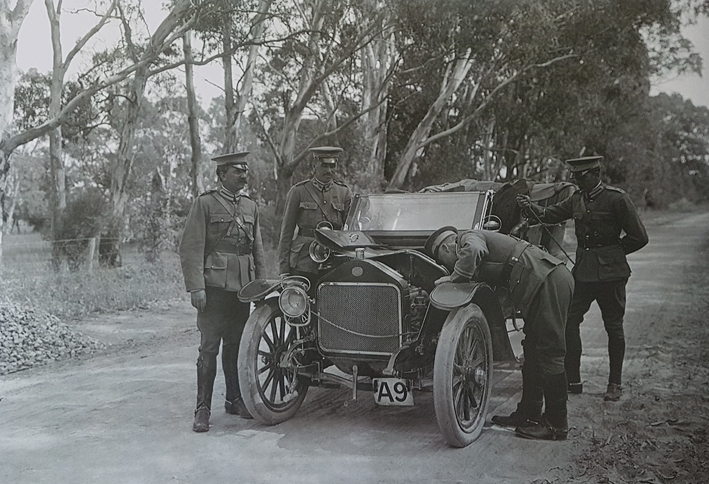 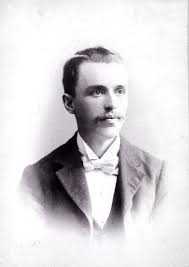