On the 12th of June this year, a young canoeist arrived in Goolwa after completing a long voyage along the River Murray. This is certainly a story of our times, one of a personal search for adventure through challenging oneself against whatever experiences that the search would at times present the adventurer. Part of the quest will result in developing self-confidence through problem solving and overcoming unusual difficulties as they arose along the way. Such was the experiences of 26-year old Alex Donald of Adelaide who decided to canoe the length of the Murray River earlier this year.

After leaving Adelaide he arrived in the upper reaches of the river and looked about for a suitable launching place to start his journey. On March 15 he chose a site in Clarke Lagoon Reserve to begin his voyage, just downstream from Tintaldra, a historic little riverside village in north-eastern Victoria.

The first few days he spent being taught by the river a few lessons of life on its waters with a couple of capsizes and the imposing on the mind of the paddler of an acute awareness of the dangers and advantages of the basic rules of safe canoeing. Quickly adjusting to these by occasionally being dumped into cold water reinforced the lessons. Next were the occasions where physical effort would be called on to progress the journey in the occasional portages. The first of these being the portage around Hume Dam.

“The Hume was very low at about 16% which made the portage up to the caravan park quite an effort. By this stage there was starting to being some quite concerning news about the spreading pandemic as well as talks about caravan parks having to close down. As it turned out they closed a day or two after this and I was very thankful to have been able to stay and get assistance with the portage”.

At the next portage point, Yarrawonga, he accomplished without aid but was informed that all National Parks are closed, and no camping would be allowed in them. In discussion with a few rangers from Parks Victoria, Alex was told it would be permitted for him if he had nowhere else to go. His next stop was at a spot upstream of Echuca just before the Easter weekend. He was settling down and was building a fire for the night when he met his first police officers for the trip. “They were quite surprised to see me with my kayak but after explaining the situation, they were happy for me to stay and to continue on my trip as I was a low risk. I was extremely pleased about this as I knew that this was the most likely the roadblock to me completing the trip”.

Alex continued his trip through to Wentworth, then to face a long, lonely stretch of the river which carries high favour with most river travellers because of its qualities of natural beauty and peaceful solitude. On reaching Lock 6 just upstream from the SA border, the lockmaster informed him that he would have to contact the SA police before he passed the Lock.

“After talking to the police, it was decided that I would be able to proceed with my journey. Despite having no human contact for around a week and a half, I was still told to remain isolated from people to the best of my ability for another 14 days just to be safe”, Alex said. “My isolation concluded during a 3-night stay outside Morgan where I was pinned down by high winds, but it was just good to be cleared to look around and explore places again”.

“The last week or so of the trip had beautiful weather during the day with nights dropping below freezing which threw up a few challenges”, he said. “This weather window however was coming to an end. This meant I had to get my skates on a bit to ensure I had good weather for the Lake Alexandrina crossing. The first day of the crossing was absolute perfection making the trip from Wellington to Narrung Reserve near the ferry an absolute dream. Unfortunately, the next day wasn’t as good. Following that and the crossing of the hand lock at the Tauwitcherie Barrage, I spent one night in the Coorong before making the short paddle to the Mouth the next day. In the end the trip took me almost exactly three months, finishing on the 12th of June”.

As Alex Donald was unaware of the existence of the Inland Rivers National Marathon Register here at Goolwa, he left the town when he was picked up to return home. On discovering the Register shortly after, he contacted the IRNMR Team leader and was sent an application form for him to apply for registration. This was returned along with the required Proof of Journey evidence supplied by Alex, consisting of a 2697- word report and a sequence of photographs which secured his entry into the Register. 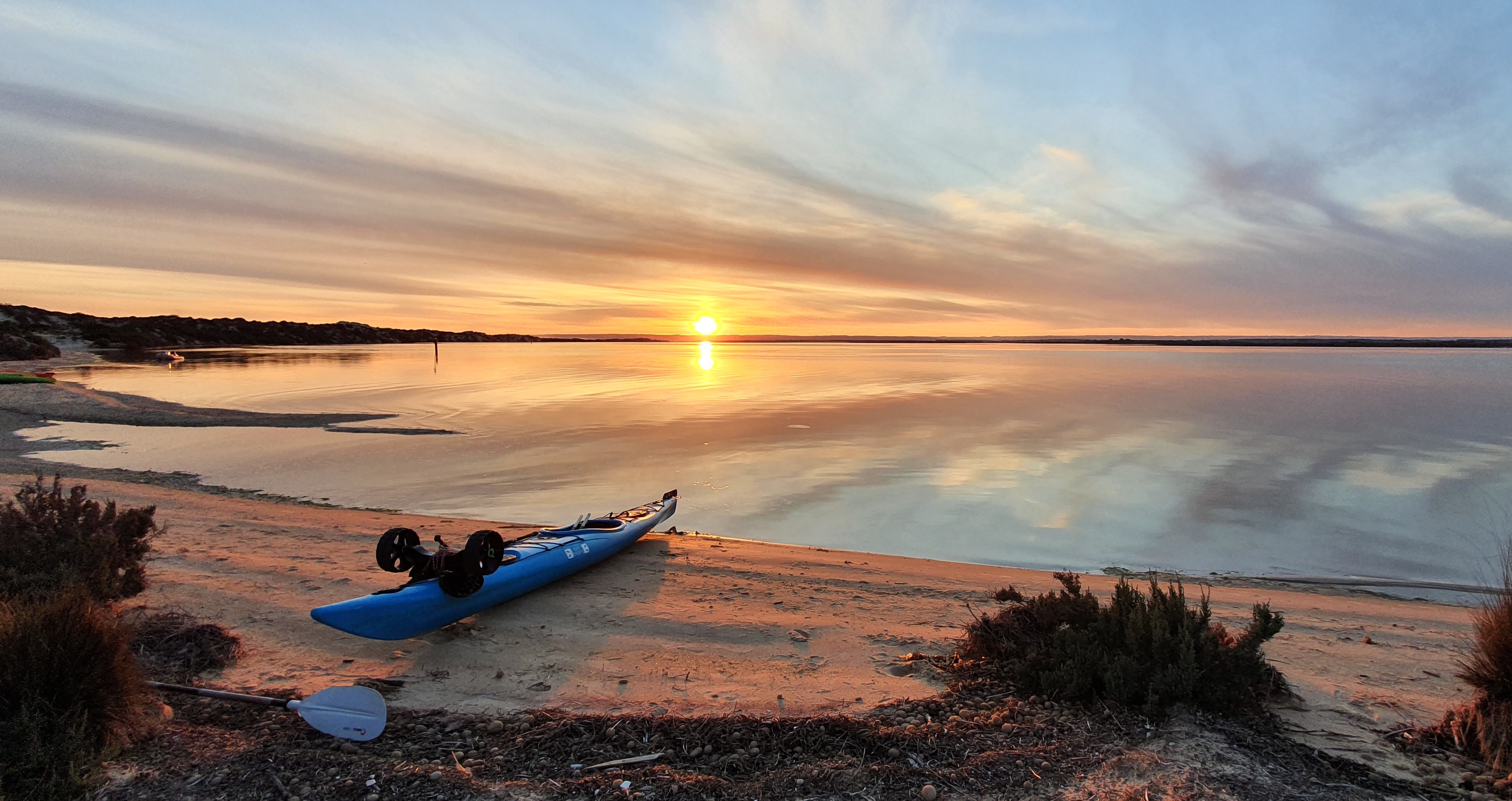