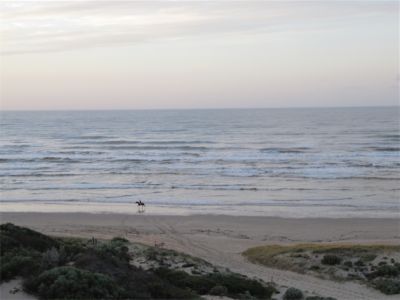 It has been another great year for the Goolwa National Trust’s Inland Rivers National Marathon Register. Although there’s still a couple of weeks to go before the end of 2018 for any applications for entry to be received, we review the resulting entries for the year as they stand as the Newsletter goes to press.

To date the number of successful applications received for entry into the register for 2018 stands at 22. There are mainly arrivals in the two ‘windows’ in each year which river travellers reach Goolwa from interstate points of departure. The first is from New Year to the end of autumn and the second is from early spring to Christmas. There can be spasmodic arrivals by hardy individuals in winter, these being mainly powerboat travellers.

From the 22 successful entries, all applicants demonstrated the degree of determination to complete the course as required by the register entry conditions. Some came from interstate, some from overseas. Those travelling upstream from SA are required to cross the state border and reach at least the Darling junction. Kayaks of differing styles are the most common choice of vessels by the average paddler.

*Matty Hunter from NSW wanted to claim a source-to-sea title which is a prescribed course requiring the applicant to hike part of that course to reach the true source of the Murray River near Forest Hill inside the Kosciuszko National Park and then to return by hiking, rafting and canoeing to the point where river conditions are adequate to allow larger craft travel by water for the rest of the journey to Goolwa and the sea at the Murray Mouth. Matty chose a pedal powered canoe which he constructed to do the trip from Bringenbrong bridge to the river’s end. He started the voyage at the source on December 12, 2017 and completed the journey to the sea on March 5th this year.

** Charity fundraising was the motivation and driving force that sustained a party of six this year to crew a tow .;boat with two young men to ski the length of the Murray on single skis from Jingellic at the top end of the Murray to Goolwa and the Murray Mouth between February 24th and March 9th. They called their party Ski4CF and set out to raise $40,000 to fight Cystic Fibrosis while skiing the river. By the time they had reached Goolwa they had raised $70,000 and the amount was climbing!

*** People who were lucky to catch a glimpse of a heroic young woman lying on a tricycle platform powered by hand driven pedals arriving in Goolwa on April 27th would be amazed to know that she was paralysed from the chest down and had operated the tricycle from Tom Groggin in the white water headwaters of the upper Murray on April 10, and following by road the length of the river she had arrived in Goolwa in just 17 days! She was Karen Darke from Inverness, Scotland, a Paralympic Rio gold medallist, who just prior to tackling the Murray had taken part in the Commonwealth Games in Brisbane as part of the Scottish National team. She was supported by her trainer who accompanied her riding his bike and trailer carrying their gear.

These remarkable people like several others this year would have passed through Goolwa anonymously but for the Inland Rivers National Marathon Register and the team at the Goolwa National Trust History Centre. All these entrants proudly carried away their IRNMR certificates as awards they greatly prize to mark their achievements and to highlight the town of Goolwa wherever they go. You can read a fuller account of these remarkable people in past 2018 editions of the Lions COMMUNITY NEWSLETTER.