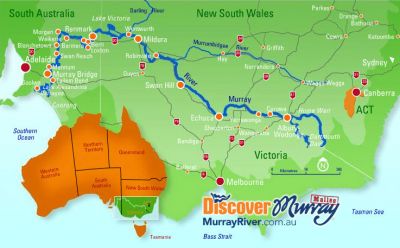 I wrote last month in ‘BY RIVER AND SEA’ about the Canoe tree at Currency Creek from an item contained in the papers of late Dora Tuckwell, and in going back to them I came across some notes about the Moore family who were part of the early family grouping. The Moore men were active both in fishing and boatbuilding in Goolwa. Mathew Moore, senior, held a government contract to build canoes for Ngarrindjeri fishermen to land clearing having eliminated most of the large eucalypts suitable for canoe bark. The canoes Mathew built for them were designed to attempt to incorporate within them the features of the bark canoes crafted by skilled Aboriginal bark artisans. The white boatbuilder’s canoe profile had little freeboard which was achieved by slightly flaring the hull from keel to its outer curved edges to which low raised decking was applied. In the centre a shallow well was provided for the owner to stand in allowing the craft to be poll- propelled in the traditional fashion. Little is known of these European copies of the ancient traditional craft or their comparative performance. Perhaps my further research will throw some light on the fate of these vessels.

Late in June I received a request by phone to supply some documentation on a canoe trip made by a youngster from the town of Tumut in NSW, paddling down the Tumut, Murrumbidgee and Murray Rivers to Goolwa in 1936. The request was made by John Robson, a police laboratory technical officer in Alderley in Queensland, who had discovered our Inland Rivers National Marathon Register on the ‘Discover the Murray’ website.

John was enquiring about the canoeist, who happened to be his father, Jack Robson, who had constructed his craft out of sheet galvanised iron for the trip during the depression years in the hope of finding work somewhere along the river.It was an adventure that brought about times of hardship and difficulties as well as courage and happy friendships he had experienced along the way.

This is one of the many stories covered in Mike and Angela Bremers’ excellent book called * “Murray-Darling Journeys” which was launched in the Goolwa National Trust Museum by Mayor Keith Parkes in 2017. Jack Robson wrote accounts of his trip as he travelled the river, sending occasional articles back to his hometown newspaper.

In January 1991 while I was Director of the Signal Point Murray River Interpretive Centre, I received an enquiry from Mrs Patricia Adams, Jack’s sister in NSW, asking whether her late brother’s trip could be recorded in the Inland Rivers National Marathon Register. She was informed that providing compelling evidence could be provided on Jack’s trip and the appropriate application form was presented in Goolwa by a person representing him, his could be a retrospective entry application under the register conditions.

As a result of our reply, Mrs Adams attended Signal Point Centre a month later and we went through the interview process during which time she produced in evidence a small carton of material on Jack’s trip which included the most convincing piece which put his trip into the IRNM Register. This piece was an envelope addressed to him which had followed him from post office to post office as it tried to catch up to him. As it laid for a time in an office uncollected it would have been stamped on the back then forwarded on down the river until he at last collected it.

Jack Robson, the young canoeist had started out from Tumut in his galvanised iron canoe with a sturdy paddle, a few sticks of solder and a soldering iron in his gear on January 10th, 1936 to arrive in Goolwa on May 4th, 122 days later. His final task at the end of his trip was carried out a few days later when he presented a letter of greetings to the Lord Mayor of Adelaide from the Mayor of the Shire of Tumut. He found work in Adelaide and stayed in SA for two years before returning home. Three years later, during the second world war Jack joined the AIF and served in the Middle East during 1940-41 and became one of the Rats of Tobruk. He died in Brisbane in August 1981.

So, when a few weeks ago I received the phone call from Jack’s son John, I found myself connecting with the second member of his family relating to the IRNM Register here in Goolwa. John had received some photocopies of records of Jack’s trip held by his aunt Mrs Adams, which she had brought to Signal Point to show me in 1991. He had requested those copies from her because he was putting together a set of his family’s history for each of his children but found that the original certificate hadn’t reproduced too well and so he was now requesting me to re-issue the IRNMR certificate in its present format to include in the individual sets. This we willingly undertook to do. I also supplied him with the publication details of the book Murray-Darling Journeys as he wanted to obtain one for each of the family sets. John Robson is a technical officer in a very interesting line of police work. He is attached to the Queensland Road Policing Command at their Calibration Laboratory at Alderley, dealing particularly with radar equipment.

Whether the role of the small IRNM team of registrars, photographers, along with archives and property people, who are the dedicated group toiling away in the back room of the Goolwa National Trust Museum is in any way significant or not, the product of their efforts is embodied in the Inland Rivers National Marathon Register and evidenced in the greatly prized IRNMR certificate. This certificate is eagerly sought after by people from across Australia and around the world in recognition of long journeys down the mighty Murray to cross the SA border then on to their journey’s end at Goolwa. They hang on the walls of jurists and academics, doctors, chemists and film makers, captains of industry, Olympic gold medallists, the disabled and working men and women of almost every known field. Wherever they hail from, these certificates will forever remind them of their attainment - and the town of Goolwa at journey’s end.

* The book Murray-Darling Journeys is on sale at the Goolwa National Trust museum.