What was happening in Goolwa in September 1940?

Early this month an agreement has been completed between the United States and Great Britain which will see 50 destroyers which the US navy had mothballed for many years after WW1 handed over to the Royal Navy. In exchange for these old ships Great Britain will give to the US, land grants sited in several of British possessions in the West Indies for the purpose creating naval and air bases. These leases are to be handed over under a 99-year term rent-free basis.

The failure of the Luftwaffe to defeat the RAF who now have won the Battle of Britain, has angered Air Marshall Herman Goering for which he has berated his pilots as cowards for their inability to sweep the skies of Britain clear. Accordingly, he ordered his fighters to stay close to protect the bombers. This prevented them from their free-ranging attacks on the RAF on the ground and in the air. Now without mastery of the air over Britain, Hitler postpones Operation “Sea Lion” - the invasion of England, although there is a widely held fear that the invasion may yet come. The British High Command is seeing Hitler’s decision of switching his air attacks away from the RAF airfields and onto London as his colossal mistake.

Hitler’s error which gives one of the greatest fortunes of war to Britain but does not come without great cost. The Luftwaffe has begun a massive bombing blitz on London and other cities which at this date has caused the estimated death of 2000 of its citizens. The Blitz continues unabated and Operation “Sea Lion” is rescheduled for the 27th, the last tidal opportunity for this month.

In the Western Desert Campaign, Italian forces launch an operation to invade Egypt from defensive positions in Libya and succeed in penetrating for limited positions approximately 59 miles inside Egypt. At this point, at Sidi Barrani, the Italian force set up a series of camps intending to hold there without further penetration of Egyptian territory. In Asia, Japanese forces have occupied French Indochina with the French administration acting only as figurehead authorities. The Japanese 5th Division have now moved into Hanoi and control the capital.

British codebreakers intercepting a German message reveals that Hitler has now postponed Operation “Sea Lion” until further notice. A large RAF bomber group delivered a heavy bombing raid over Berlin shortly before representatives of Germany, Italy and Japan gathered together in the German capital to sign the Tripartite Pact on the 27th. This group is now becoming known as the Axis powers, promising mutual aid to each other. 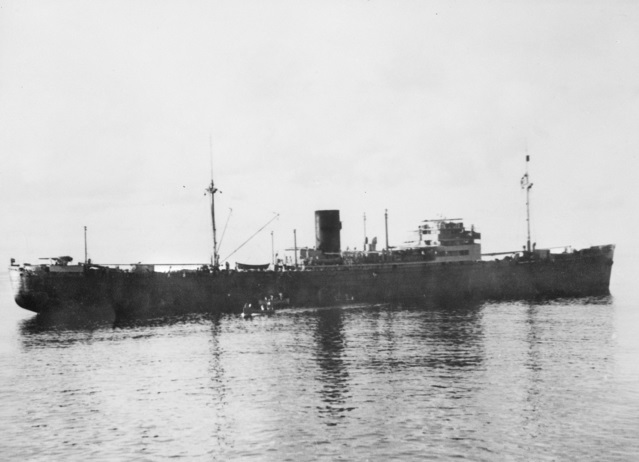 To the residents in Goolwa the war is real, intently following news on the radio and diligently reading the daily papers, although there still seemed a remoteness about it. We are unaware that a German auxiliary cruiser named Pinguin, has left its home port in Germany and is to begin a voyage as a high seas raider that will bring it within 20 nautical miles of Goolwa’s shores early next month. The vessel is under the command of Kapitan zur-See (Captain) Ernst-Felix Kruder and is a sister ship to Atlantis. The Pinguin is heavily armed with guns, torpedoes and other weapons including two Heinkel scouting aircraft. The raider has already sunk one ship in the Atlantic before sailing around the Cape of Good Hope last month to leisurely cruise unchallenged through the vast expanse of the Indian Ocean. Now approaching Australian waters, the stealthy Nazi raider will soon begin to carry out its assignments along the eastern and southern coastline. The auxiliary cruisers have the appearance of an ordinary freighter, will fly a flag of a friendly nation, have the ability to change their appearance before and after an attack and swiftly disappear to the open ocean after an incident, far beyond shipping lanes and beyond the range of coastal aircraft.

On the home-front, the transformation of the former construction worksite at the Goolwa barrage from a clanging, dusty, organised chaos of activity, amid stacks of boiler wood and construction timber, with roaring trucks hauling in tons of sand and gravel to tip on the big heaps to feed the ever hungry concrete mixing plant. Now all that activity has vanished in a matter of a few months, seemingly as though it was never part of this present peaceful scene for what is to be a well-planned Goolwa barrage reserve with access ways, lawns and gardens fringed by a neatly placed set of workshop, administration and staff living quarters. In front of a couple of useful workshop buildings that remain from construction work, rich black alluvial soil has been trucked in and spread to cover the entire reserve area.

What was once a poor sandy flat, it now awaits the creativeness and labour of staff and employees to bring it bursting into life.1Two new houses are under construction in the Goolwa barrage reserve, soon to become the homes of the Superintendent of barrages (Parka Limb) and the Assistant Superintendent (Frank Fidge).

Although the closing down of the barrage construction works project was a blow to the town’s economy, the future looks promising for Goolwa in these bright spring days of September 1940. Sprouts of new life for that future are now beginning to appear, the brightest of these lies in the busy activity going on between Victor Harbor and Goolwa, as we watch contractors digging the holes for erecting the poles to carry wires that will deliver electricity from the generators of the V.H. Electricity Company to Goolwa and to Middleton on the way.

2The old power plant in Porter Street which was first set up by Alf Henley in 1921 was ample for the small village during the first decade of its operation. Then five years ago, at the commencement of construction of the huge lower Murray barrage system stretching from Goolwa across the chain of islands to the eastern mainland at Pelican Point, saw the River Murray Commission setting up a busy centre of operations in the town and a subsequentrise in the demand on the town’s small generating capacity now stretched it beyond its limits.

At the July meeting of the District Council an agreement had been reached between the Harbor Electricity Company of Victor Harbor and Council for a continuous supply service for Goolwa and Middleton which would be connected and ready for supply by next month. The connection of this new power source into the small-town grid will bring to Goolwa a new era of an abundance of benefits from a 24-hour full power service.

Harold (H.G.) Berkshire enlisted in the VDC on the 9th September, which was the only enlistment for Goolwa this month. Harry Cochrane, the school’s Head Teacher, has been called into the army officer training school for a three-month session and has received a release from the Education Department for him to do this.

1 One of these two houses was purchased by the Goolwa National Trust branch and now is leased to the Goolwa Art Gallery.

2 A small section of the smoke-blackened wall of the old Goolwa power station is preserved within the museum of the Goolwa National Trust History Centre in Porter Street. The board carrying the simple switch unit remains attached to the wall.

Acknowledgement: Photograph of Goolwa Barrages in 1940 - State Library of South Australia B-74587