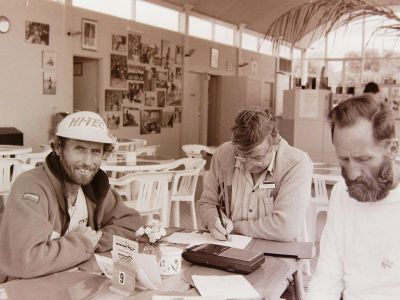 On February 15, 1991 Terry paddled into Goolwa after a splendid 21 day, 4 hour and 48 minute voyage down the Murray from tom groggin, starting out on January 25, 1991. His land support man was well known adventurer, Tim Fry.

Terry was an experienced paddler of thousands of kilometres, when he set off to cross Australia from Geraldton, W.A. via the Great Sandy Desert, Tanami Track, walked up the Birdsville track through Mt Isa, Cloncurry and Townsville and up to the tip of Cape York, then back down the East coast arriving at tom groggin to set out to paddle the Murray to the sea at Goolwa. Truly a marathon of national significance. 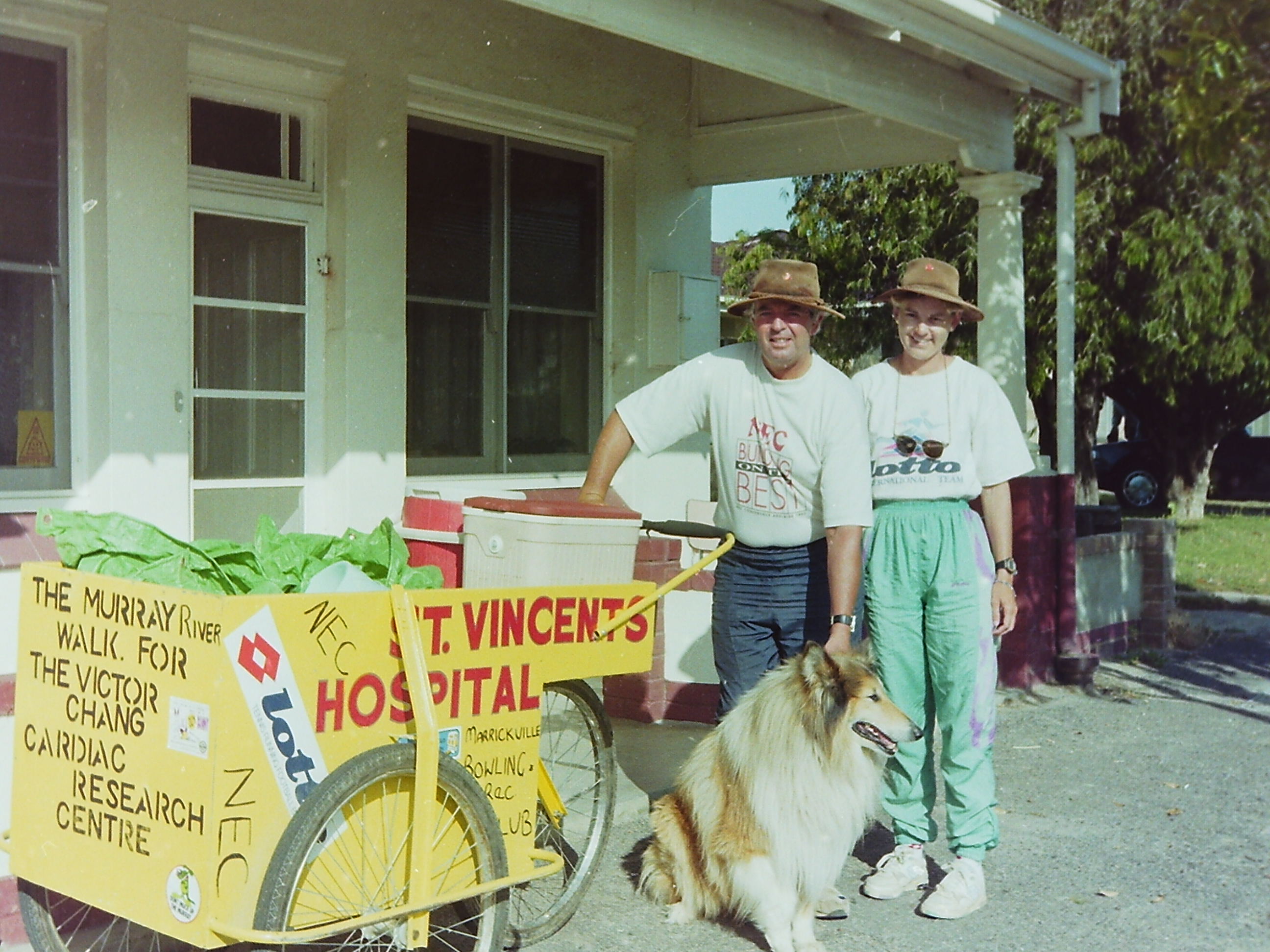 Of the many ways of achieving an inland rivers marathon, Nick Cummins and Teresa Clearly chose walking their way into the IRNM Register. Nick and Teresa were on staff at St Vincent’s hospital, Sydney, when they decided to set out on “The Murray River Walk for the Victor Chang Cardiac Research Centre” pushing a three-wheeled hospital cleaner’s trolly fitted up to carry all their food and camping needs on the trail. They were accompanied by their collie dog Russell on the 73-day fundraising walk to the sea. They began their journey at Khancobin on September 19, 1992 and arrived in Goolwa on December 1, that year. They were guests of the Tuckwell family In Goolwa, leaving the trolley in their care.

It was collected by Nick the following year when he and his dog Russell, reversed their walk from Goolwa to Sydney between October and Christmas 1993, an outstanding accomplishment.