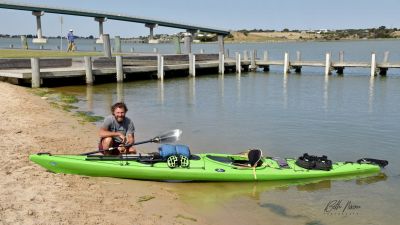 BY RIVER AND SEA Dec’19 by Frank Tuckwell

During the past month the Inland Rivers National Marathon Register (IRNMR) team welcomed five canoeists to Goolwa from interstate departure points, with more expected. The greatly increased number of applicants for entry into the register is due largely to the upgrading of procedures and communications of the IRNMR team put into place at the start of this year. We estimate that before we brought about these changes, we reached less than a third of all those river travellers who arrived at Goolwa because they had not heard of the IRNM register. (Photo on left shows Guy Davies in Goolwa)

Early in the new year we will be refining our team operation further in improving efficiency to reach all of those who voyage along the Murray Darling river system toward their destination of Goolwa and the sea... 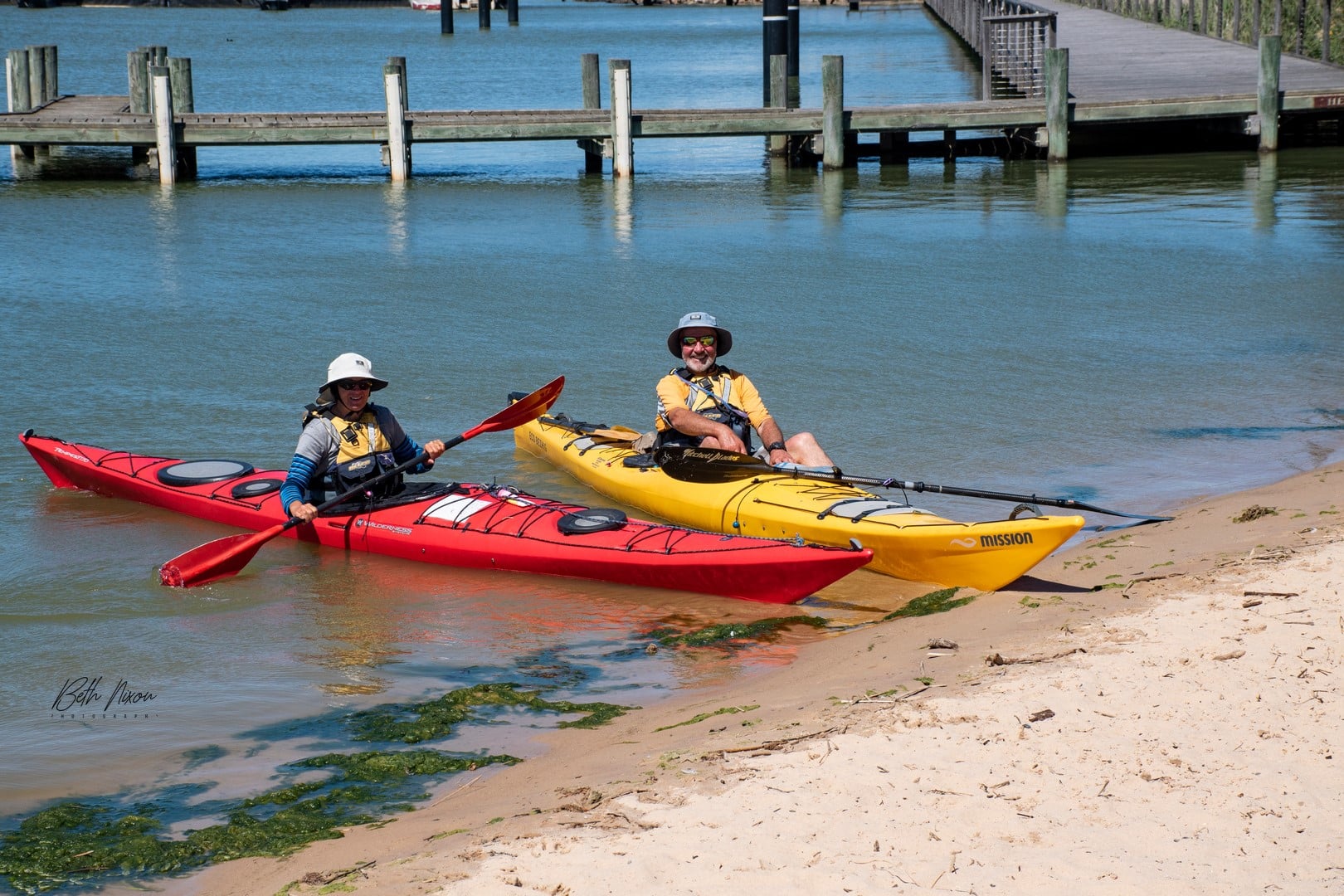 Since August we have been celebrating the 65th anniversary of the founding of IRNMR, which was known originally simply as the “Goolwa river arrival book”. It got its present title in 1987, when it was involved with Signal Point River Murray Interpretive Centre and in conjunction with Goolwa Lions Club, the three entities planned to run a relay project called the Great Bi-Centennial River Relay down three major rivers of the Murray Darling and through four states and the ACT during the latter half of 1988. This project was based largely on IRNMR experience and expertise, which is now an official project of the National Trust (SA), Goolwa branch. The IRNMR Team leader is directly responsible to the Goolwa National Trust Board. 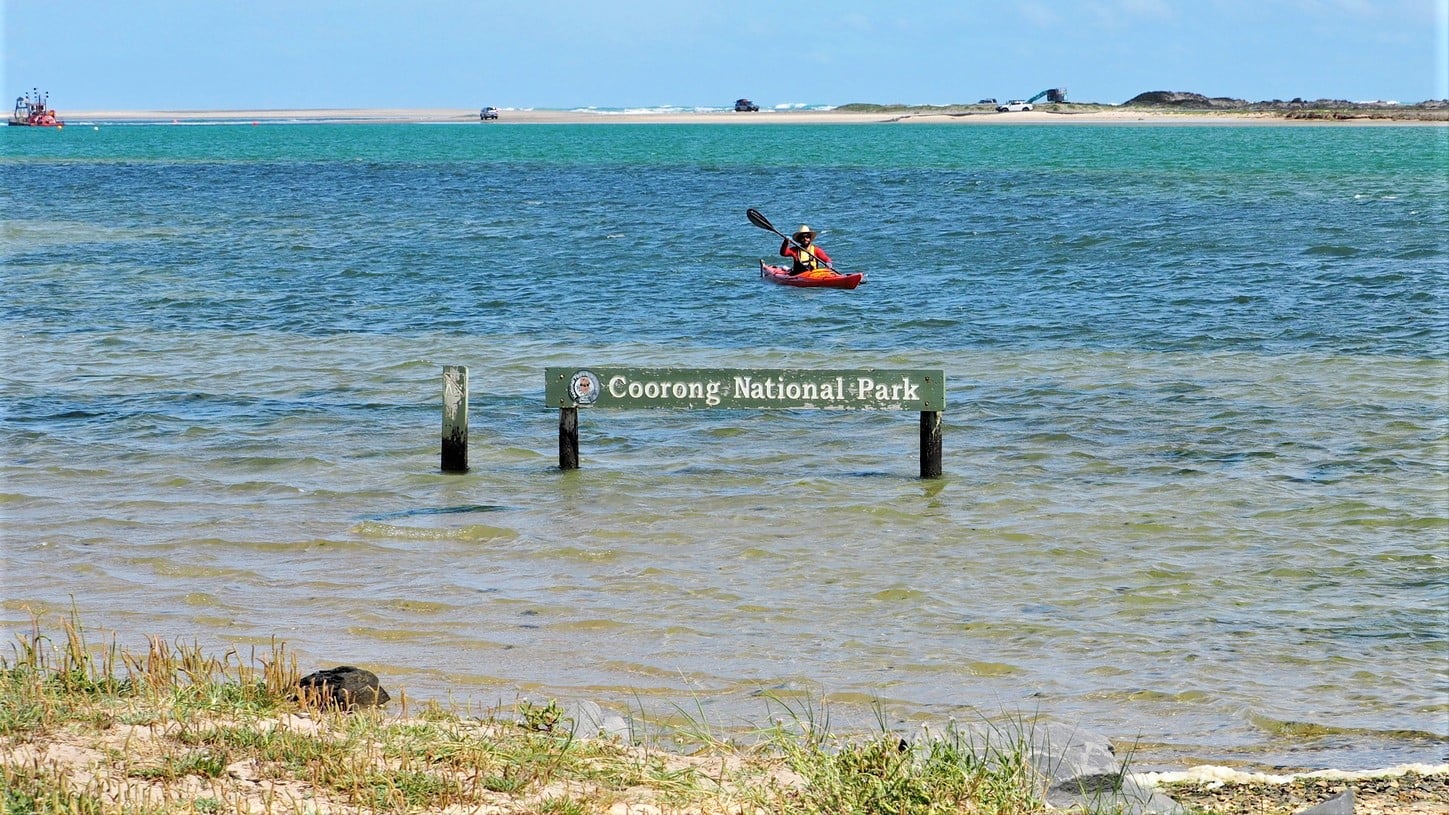 This year we have expanded the team and improved its structure with specific duty roles for team members. The active team comprises of a Registrar, whose primary role is to interview applicants seeking entry into the IRNMR. A successful submission is accepted and receives entry certification. A duty photographer will cover the arrival, interview, presentations and other shots of interest for Trust archives, news releases and publications. The team leader or his/her designate, co-ordinates the activity and welcomes the applicant to Goolwa, then introduces them to the team members and then standing back to assist as required. Another duty person carries out P.R. duties to gather and collate items for news releases. At all arrival events the whole team’s duty is to serve the voyagers in friendly mutual engagement and make any of their relatives and friends attending feel welcome to Goolwa.

The main team is the ‘body whole,’ which apart from supplying duty personnel to the active team, receives reports and property, supplies, research and renders archival support as required and training of new team members at the general IRNMR sessions. The Facebook admin/editor receives support from this main team group. 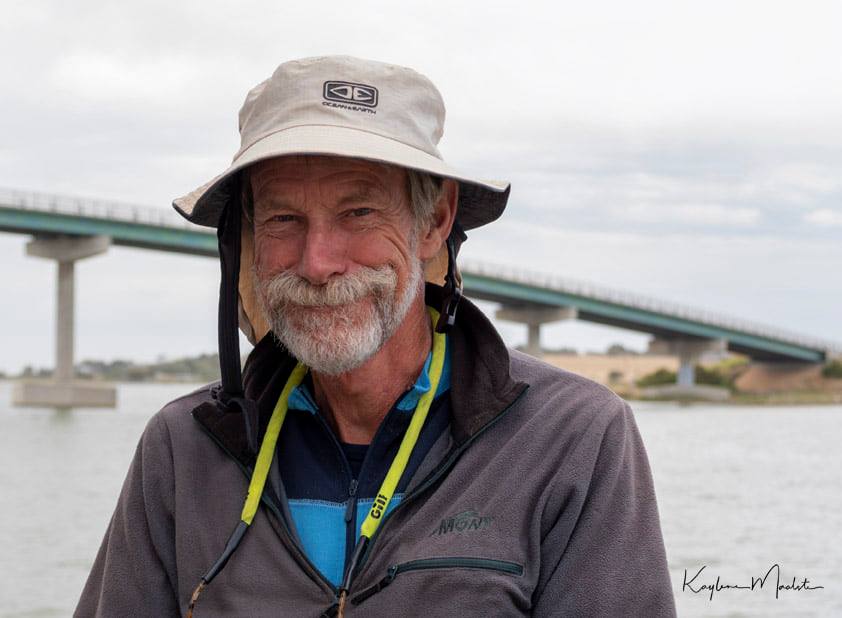 The mission statement of the IRNMR is:-“To promote best practice in the sustainable use of the river system for sport and recreation by recognising those who complete major journeys in any mode along the Murray-Darling river system passing over the SA border into or from the state, terminating or starting from Goolwa at the Murray Mouth. To record their journeys and experiences, and to recognise, publish and preserve their story.To promote the town of Goolwa – where the river ends and the story begins”.

More information and latest news on river travellers can be obtained at the Register site on www.facebook.com/irnmr/

GOOLWA COMMUNITY NEWSLETTER established another landmark with its issue number 366 last month. What landmark you might ask. To answer that question, we would have to go back to March 1982 when the first edition of the forerunner of this publication rolled off a Gestetner office printer in Lions Lady Patty Tuckwell’s laundry.

We were printing 500 copies of a single foolscap sheet of paper of double-sided text headed “Project 86 Community Newsletter”, issue No 1. This news sheet set out to raise a modest amount of money to help fund a significant history project of the Goolwa Lions Club called Project 86, aimed to collect as much of Goolwa district history within living memory from 1901 to 1986. It was an official project aimed to be completed and handed over to the Goolwa National Trust during the celebration of Jubilee 150, celebrating the 150th anniversary of the European settlement of South Australia.

Patty was my very patient wife who allowed me a corner of our laundry to set the machine up. This I could do provided I left things neat and clean after each print run. Anyone who has had anything to do with that older type machine would well know they certainly did the job, but after turning the handle for a while the oozing black ink seemed to get everywhere! So, I became a reporter, editor, printer and cleaner-upper of the Project 86 Community Newsletter.

But there was other fellow Lions labouring in the project team churning out the newsletter each month from March 1982 to June 1986, a total of 34 issues. Patty typed up the Gestetner master for the machine, Jim Redin sold advertising and took care of distribution. Lions Lady Eileen Redin and husband Jim, along with Patty and I took alternate months to collate and staple the newsletters on our respective sitting room carpets. Over the time the old Project 86 newsletter ran, it grew from that first single sheet to the size of which is printed presently.

When we wound up Project 86, we handed the newsletter over to the Lions Club so that it would continue to function. So, the Project 86 Community Newsletter was incorporated into the present Community Newsletter without missing a single edition. However, the club’s new editor used freedom of the press by numbering the amalgamated edition as starting at number one.

Getting back to the question of what that landmark was, you might have guessed it, as last month the Community Newsletter for November was edition 366. If you add 34 editions of the former newsletter to the November edition you get 400! Way to go!